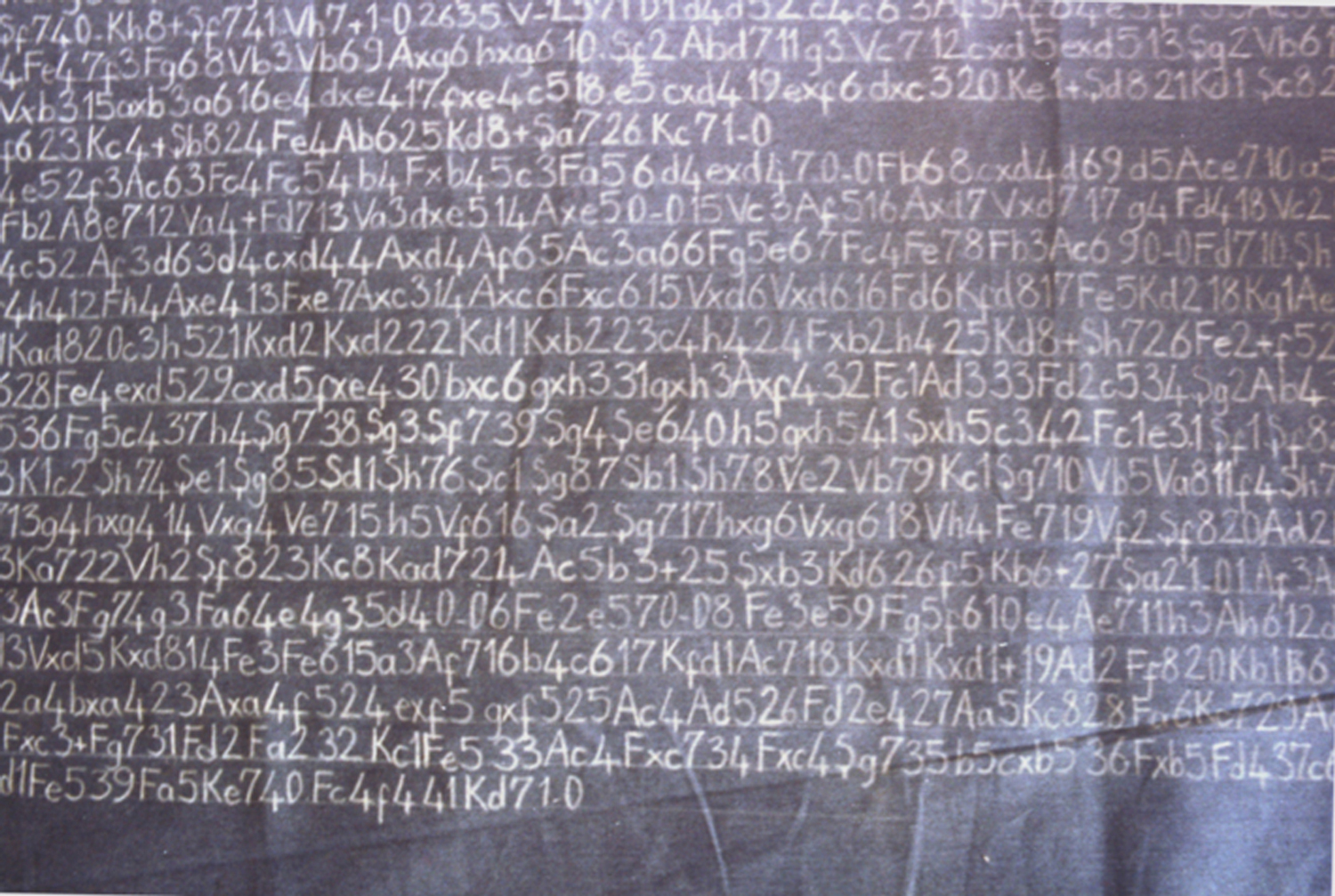 Detail from the work during production


This cryptic text is the historic chess game played between IBM supercomputer Deep Blue and Garry Kasparov in 1996, written in algebraic notation. The work completely opposes the idea of pragmatic behavior. It highlights the repetition of a task which results in nothing. While writing the last line, the beginning gradually becomes erased because of the use of chalk. This piece belongs to the series called Individual Language Project (2002), my earliest work.